The Siemens Schatulle was produced between 1955 and 1957 and it was of the best and most successful models of the entire Schatulle series. Although the number of sold items was smaller if compared to the smaller and cheaper H42 and although it was not as huge and well-sounding as the P48, this was certainly the most well-balanced model under many aspects.
Further on I will explain why.

- The power stage is as big as the P48’s, a couple of Push-Pull EL84, a sophisticated counterreaction system, physiological volume control, separated high- and bass controls
- it is equipped with 4 loudspeakers. Differently from the P48, the M57 is equipped with two bicone widebands and two tweeters with acustic drive. That makes the reproduction particularly refined and linear.
- Its dimension are midway between the H42 and the P48 making the M57 easy to place and at the same time majestic. Moreover the length/height ration makes the appearance of this device extremely pleasant although being rather big.
- Differently from other models, this device can be turned on and off and the volume can be regulated even when the small front shutters are closed.

None of the other Schatulle models is characterized by these elements. This is the reason why the Schatulle M57 belongs to the top quality Siemens production.

This device is best to be listened in on in a spacious room and played out loud.

The tuning stability allows the last station to be perfectly centered after days.

The mechanics is “simple” but robust. The electronic parts are rather complex, but completely restored.
Other features will be further described down below.

The finest sound you can hear from a Siemens 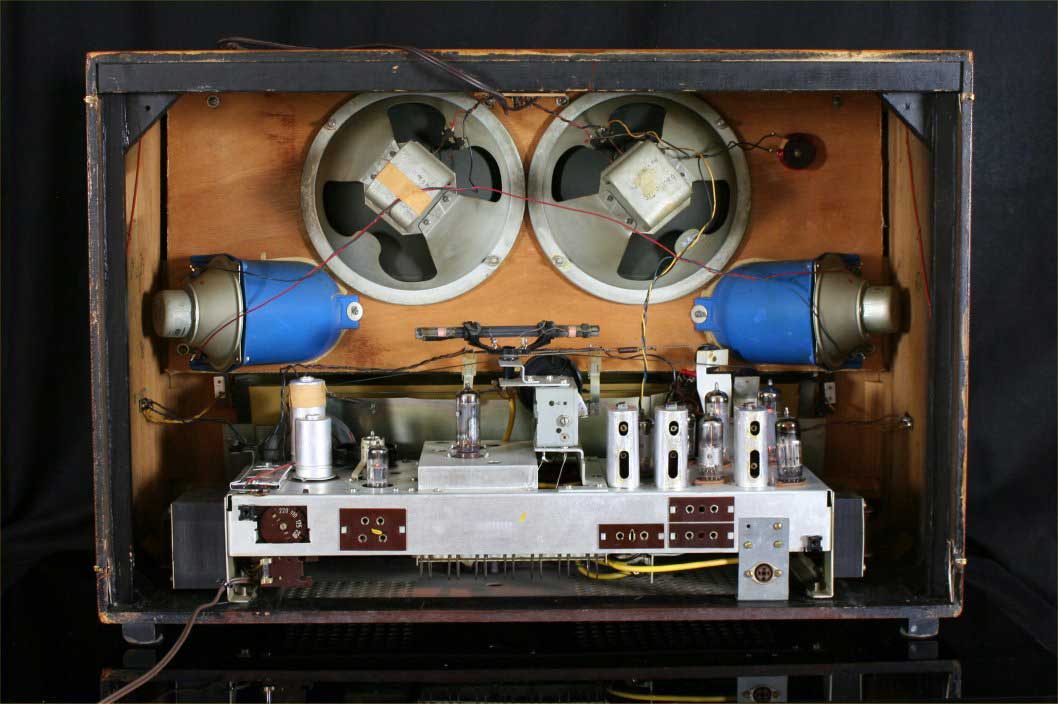 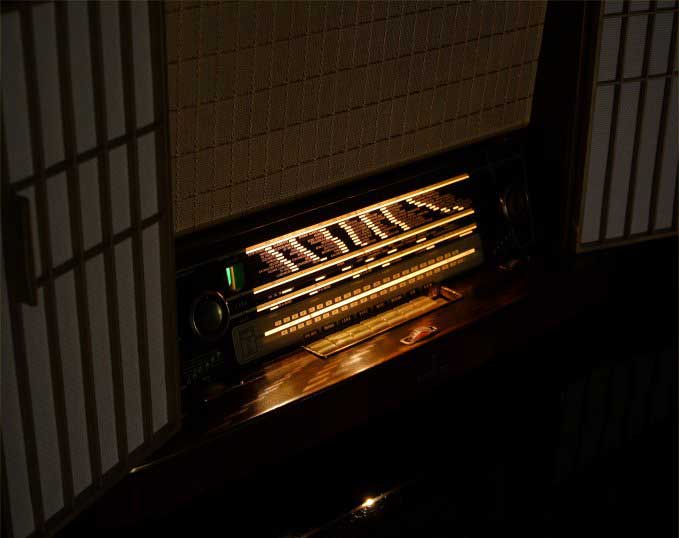 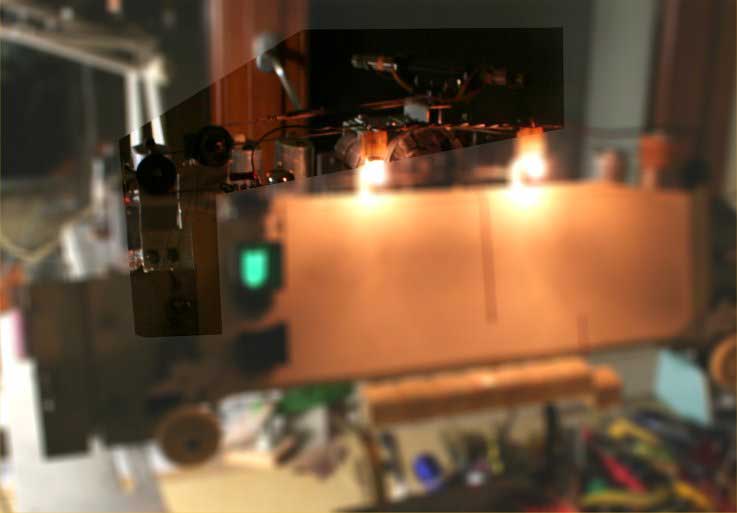 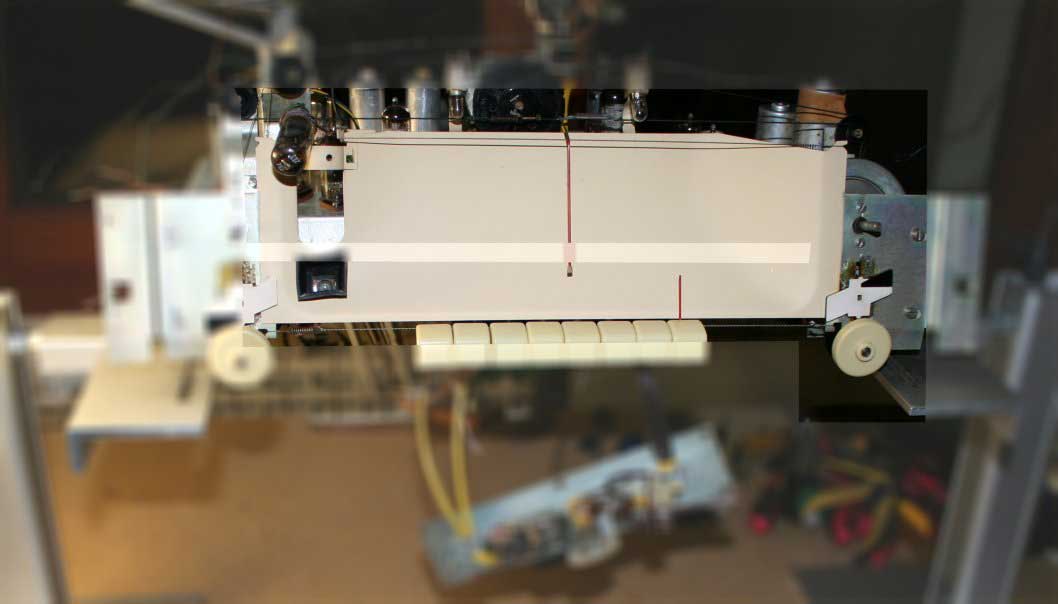 The tuning system is another gem.
The unit is equipped with mechanisms for keeping separate the AM bands by the FM bands.
The tuning knob is single but a selector switch commutes into cable systems (all in steel) and pulleys separated depending on the band.

The knob outside the shutters has a double function:
- On/off button (push)
- Volume control (turn)

You can therefore easily avoid to open the shutters to control the device.
The outer knob glows red when the radio is turned on. 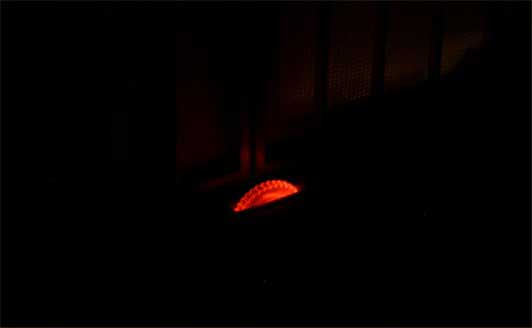 The shutters’ cladding canvas needs to be acoustically as transparent as possible. It is a robust but holed canvas in order for the light to go through.
If you closed the shutter when the radio is on the effect created by the visible rear lights would be rather unpleasant.
Siemens solved this:

The device is equipped with a double-position equalizer commutator :

The indicator lightens up on the scale when in Sprache position. 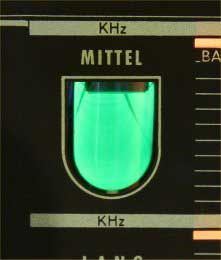 There are four louspeakers.
Two 21 cm (8.2 inches) very efficient bicone and known by experts using these louspeakers to create amplifiers.
The radio is equipped with two cone tweeters assembled on the acoustic lens.
That creates a pleasant ambience and a side diffusion as widespread as possible.

The controls are placed in an unusual way.
On the left there is the rotation control of the ferrite curve.
On the right you can see the magic eye indicating the perfect tuning of each station.
Below the magic eye you can see the equalizer indicator Sprache/Musik above mentioned.
Then the Short, Medium and Long Waves AM scale is to be found together with the differently colored FM scale.

Lastly you can see the tuning knob, whose two supporting big fly-wheels make its movement very pleasant.
Below you can find the bass control knob.
In order then: the Sprache/Musik, record player, Long, Short and Medium Waves, ferrite curve, OM narrow band and FM commutation buttons.
Lastly, on the right, the acute control knob.
The illuminated small knob outside the shutters allows the volume control (with incorporated loudness) 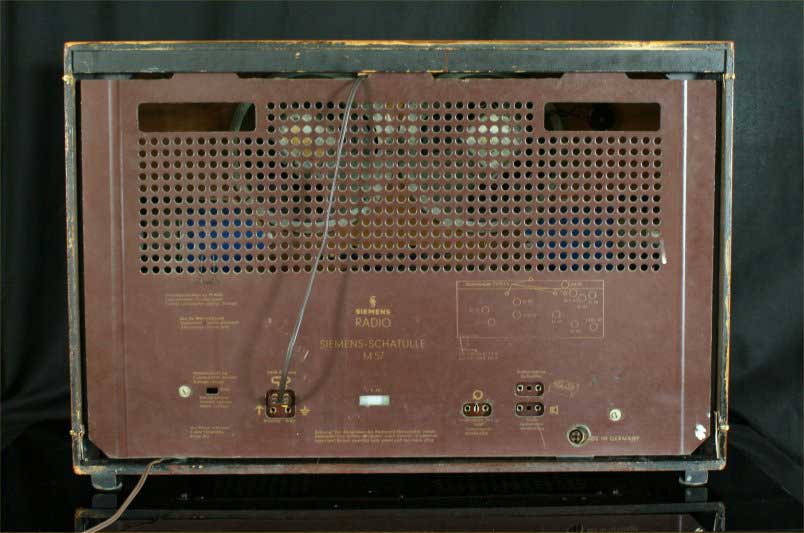 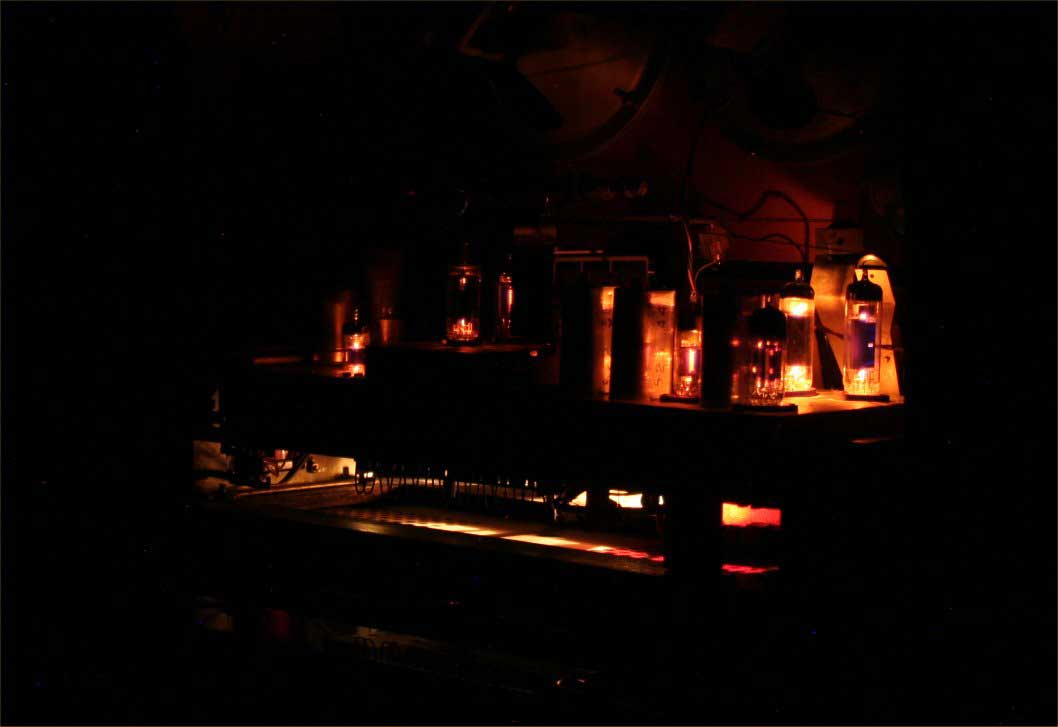