Produced in 1955-56, this little device owes her appeal to beautiful lines and affordable cost.
It was manufactured in white, maroon, and dark red.
The years 1950-1960 were magic years for American Industrial designers.
Like many American devices designed and manufactured 60 years ago, the lines and style are still modern and undated.
In fact, the graceful lines and small size are perfectly suitable for modern settings.
This strong aesthetic personality is the main reason I restore this series of American production equipment.
There are modern appliances that copy or are inspired by these designs, but owning an original is another thing!
The sound performance of these radios are modest compared to the German giants on this website, but you can connect a digital source to this small GE radio.
This possibility will be discussed later in detail.
In addition to listening to your IPad or PC, this unit is able to receive a Medium Waves.
This device is powered by 120 volts supplied by an adapter to be connected directly to the local power supply.
It also comes with a connection cable with a 3.5 mm mini jack compatible with any modern equipment such as an IPod, PC, etc. 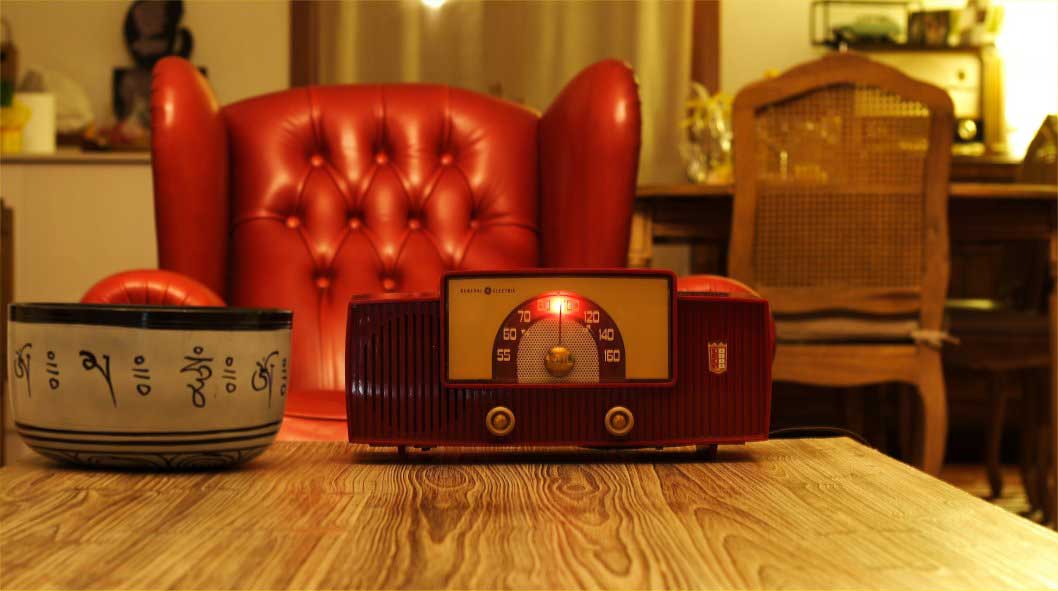 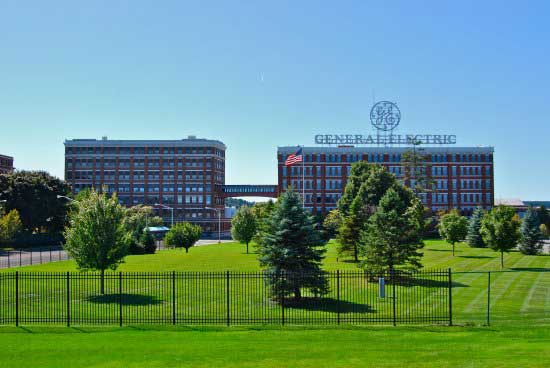 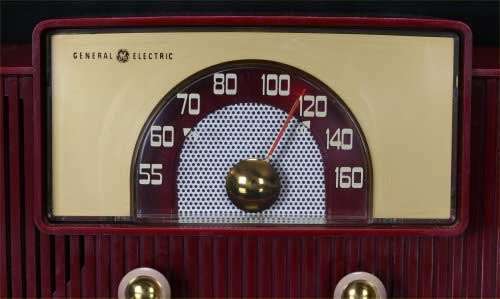 Founded in 1890 by Thomas Alva Edison the Edison General Electric Company invented and produced almost everything that has to do with electricity, lighting, household appliances, industrial products, medical equipment and more.
Here is a brief list of the major inventions of the company.

Following results of the researchs are less made public.
This company had no difficulty producing radio equipments!

But I confess that the real reason why when I saw this particular device was impressed and decided to restore it was this unmistakable resemblance.
I doubt that there is an Italian (over 50) who do not understand what I'm talking about.
Without using euphemisms ... for me it was a sinking heart! 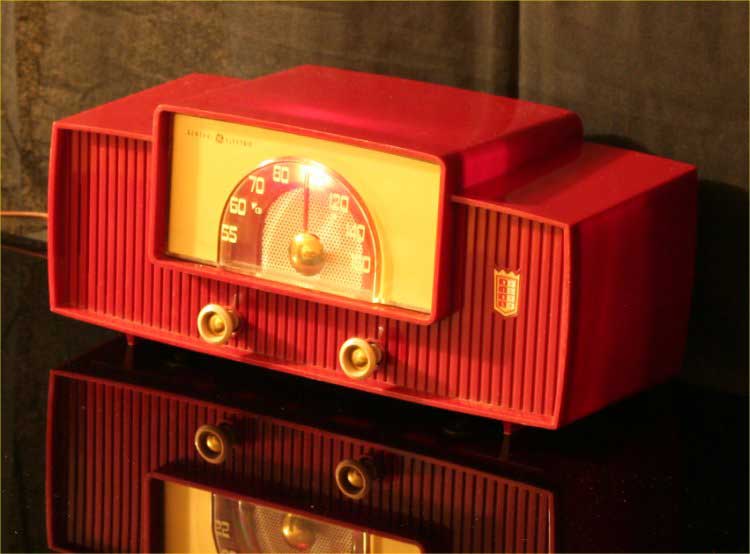 Several American radios of this era used this solution aesthetically very attractive , rather than illuminating the entire scale is illuminated only the tuning indicator.
Besides being very pretty this solution lets you know at a glance, even from a distance, on which station you are tuned; In fact, after a while it is natural to store the different position of the light in the scale.
Beautiful.

This device uses a loaded antenna on the rear panel.
It's sufficiently efficient but extremely directive, so the position of the radio impact on the quality of reception.
The back panel is prepared to connect an external antenna.
In this case the reception would be perfect. 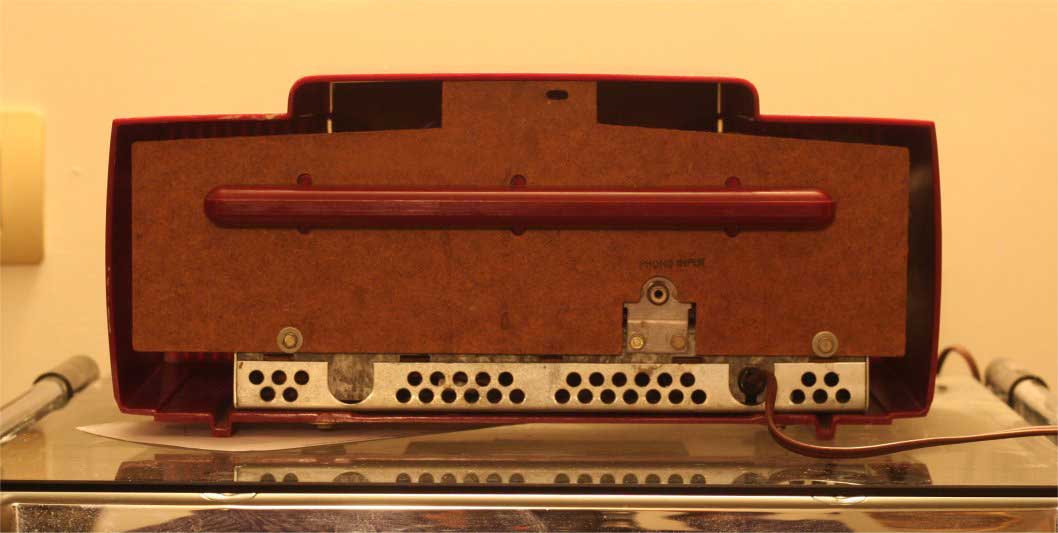 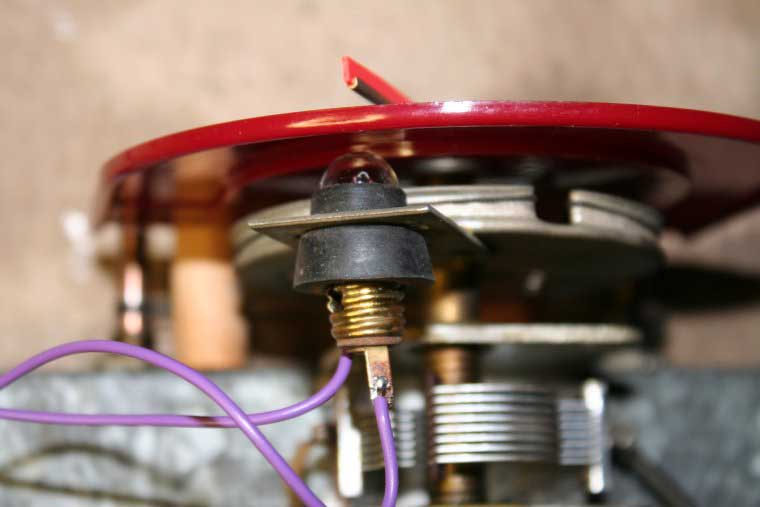 In this picture you see the mechanism that controls the movement of the light bulb.

I modified the original support, old and cracked at risk of a short circuit with a new and better support.

It was used an 4 inch loudspeaker performant enough despite its size.
The audio spectrum, which can be expected for transmissions in medium wave is sufficiently reproduced.

We are not talking of course of deep bass and treble bright, but only a voice clear and intelligible without fatigue. 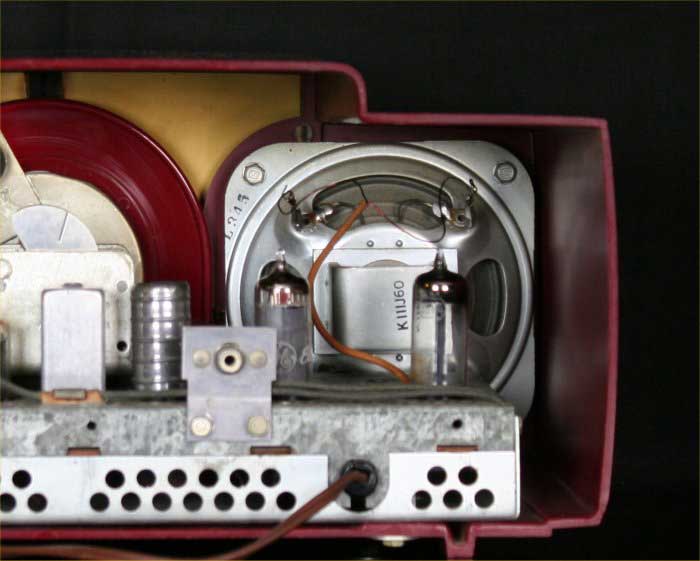 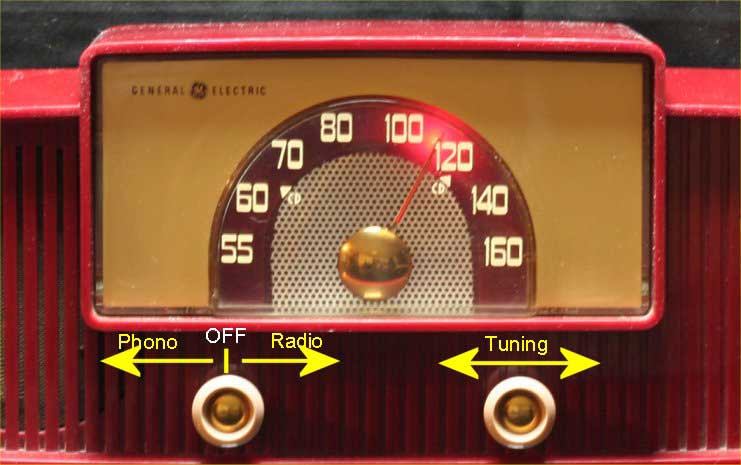 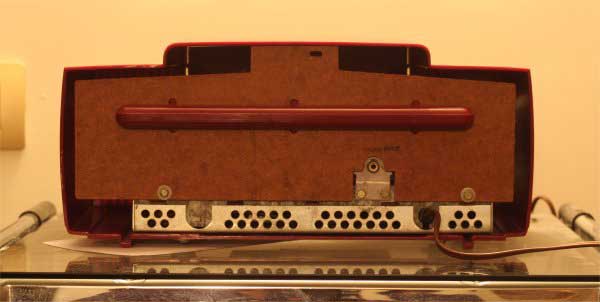 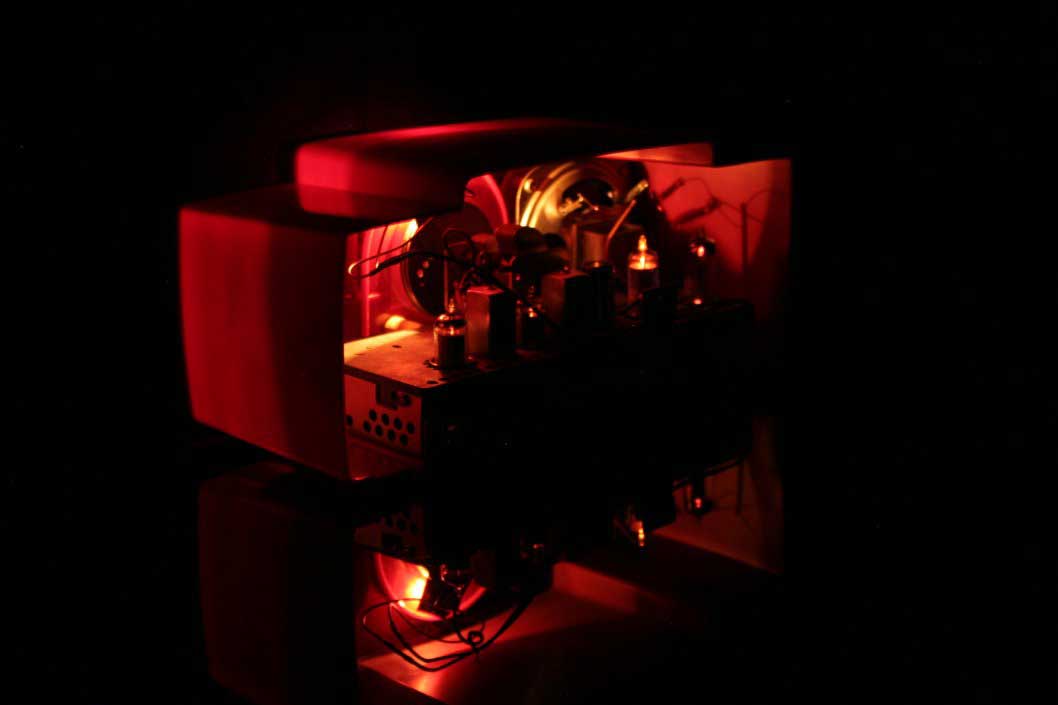