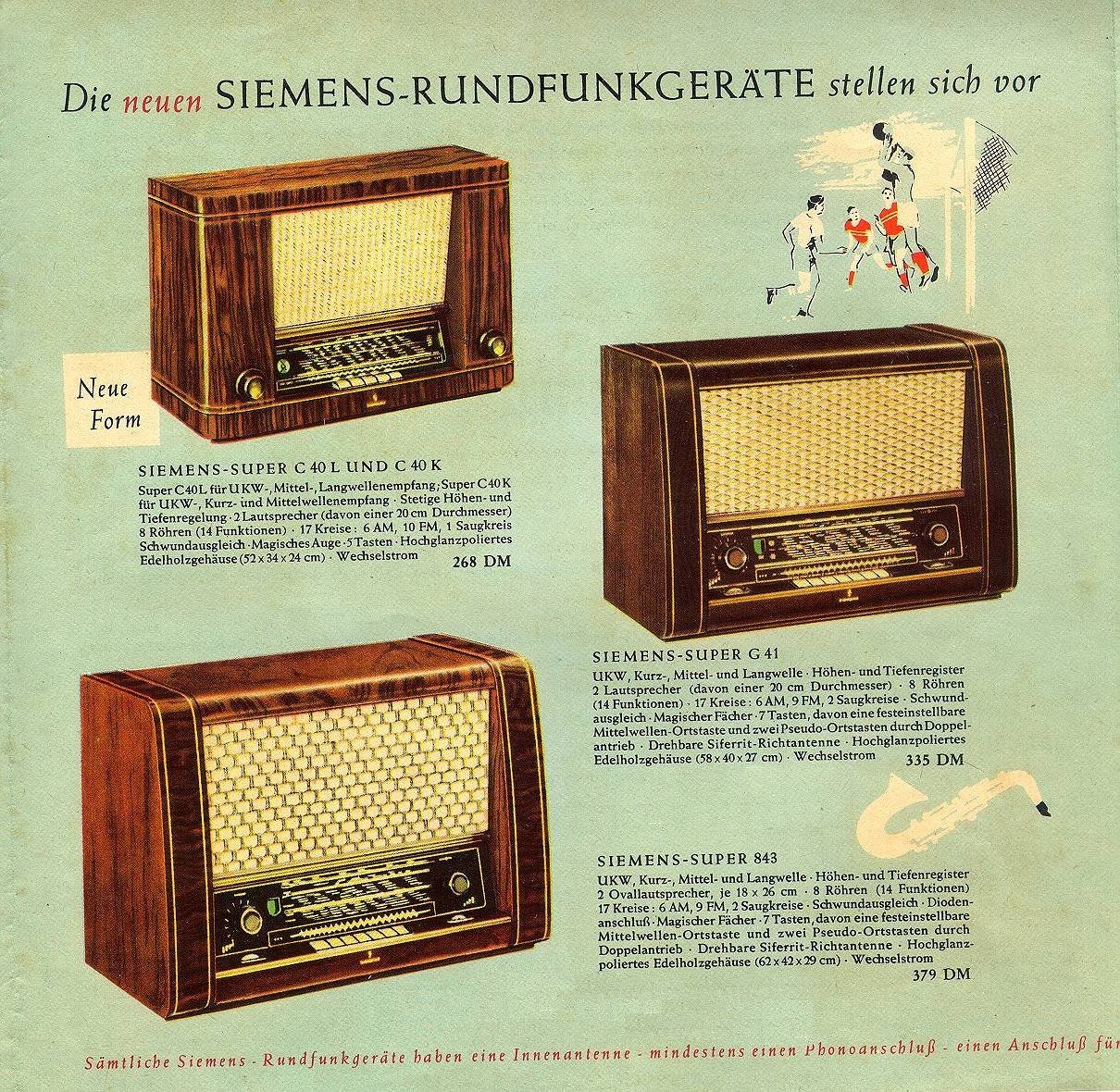 The Siemens Meistersuper 843W was produced between 1954 and 1955 and had a good sales success, even though the lion's share was taken by the models of the Schatulle series.
The most interesting feature of this device is the unusual combination of the two large elliptical loudspeakers (26x18 cm) and the class A output stage.
The two large loudspeakers, equipped with a 10.000 Gauss magnet, can easily withstand the power developed by the final EL84. From the musical point of view, the quality of these speakers correspond to a very extended and rich  bass frequency response. At the same time, the linearity of the class A amplifier provides soft and bright mid and high tones.

The cabinet is very refined.
The large size needed to include the two big loudspeakers are mitigated by some stylistic solutions that were later adopted on many models.
The side walls are, in fact, raised compared to the front side. The corners are rounded with different radii of curvature between the lower and upper sides. The streaks of the coating, moreover, are placed orthogonally to those of the front. Besides, the streaks of the edges are very pronounced. Finally, two thin golden lines interrupt the front edges in width.
All these expedients slim down the large cabinet, making it very pleasing to the eye as for its overall balance.
Moreover, the coatings were chosen and combined with ancient mastery, making the most of the contrast created by the streaks.
In this restoration we have tried to bring this cabinet back to its lively original character, without softening it nor hiding anything.

The tuning stability allows to find again a perfectly centred station, even if the radio has not been switched on in a few days.
The mechanics are “simple” and sturdy. The electronic parts are quite complex, but they have been completely restored, so no fear. 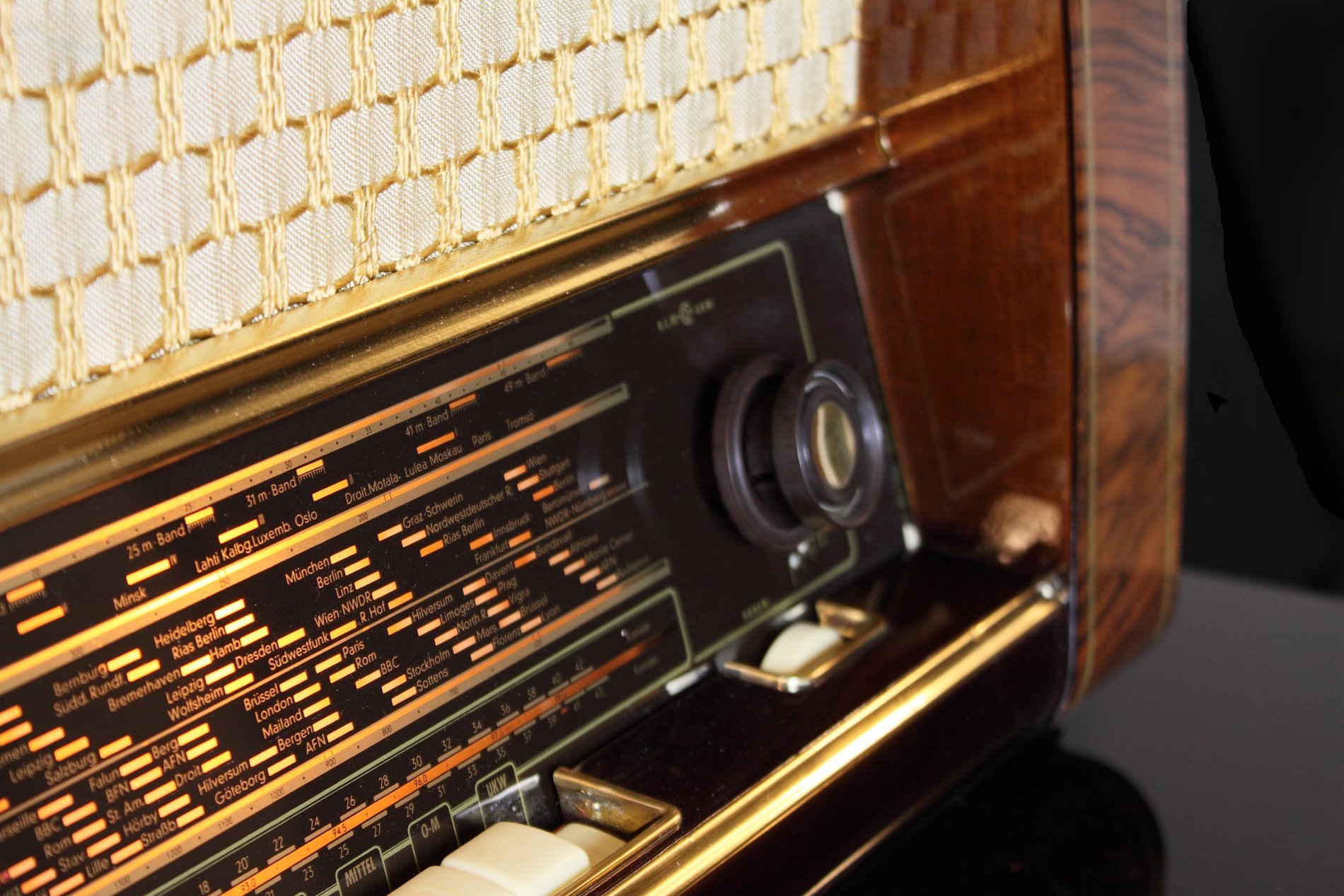 There are two loudspeakers, actually very large. In the long side they measure 26 cm and 18 cm in the short side.
Apart from being large, they are equipped with an alnico magnet that guarantees a 10.000 Gauss magnetic flux density.
The resulting efficiency is noticeable, so very little power is enough to produce a very high sound pressure.
Moreover, the profile of the cone is slightly trumpet-shaped, so that the high frequencies are effectively reproduced in the central part of the cone and the rest of the profile contributes to adapt the acoustic impedance between the membrane and the surrounding air.
The result is a very extensive reproduction, both at low and high frequencies.

It is no coincidence that this is one of the few devices with a single-ended amplifier that easily support the bass of the Area's track Luglio, Agosto, Settembre (Nero).

To the left is the volume control (with loudness built-in). Coaxially there is the ferrite aerial control.
Under the dialglass we find the treble control equipped with indicator on the main dialglass.
On the right we find the magic eye indicating the perfect tuning of each station and the Short, Long, Medium, FM scales and further the tuning knob.
Below there are the bass control

The recording takes place by tuning two screws on the bottom. 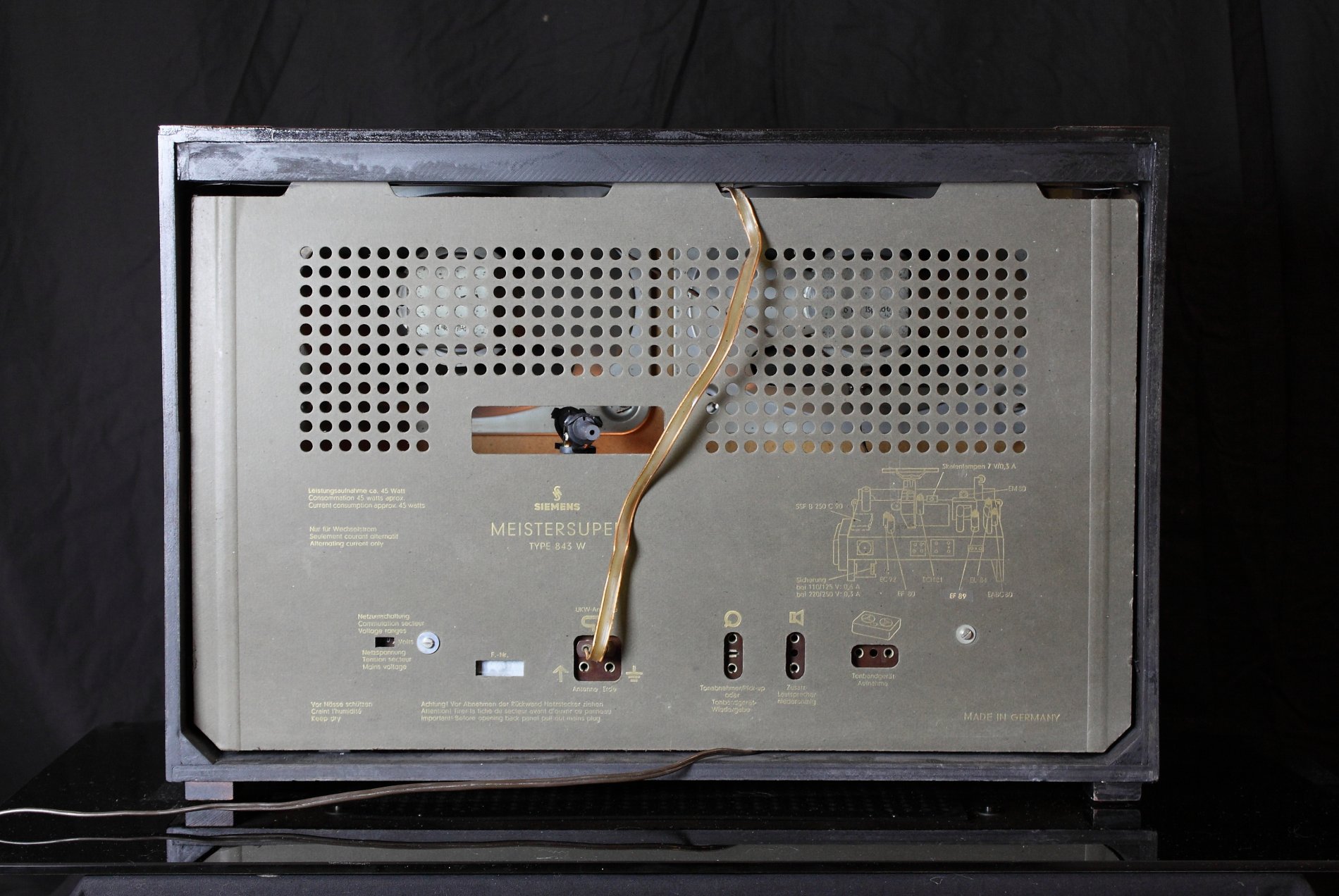 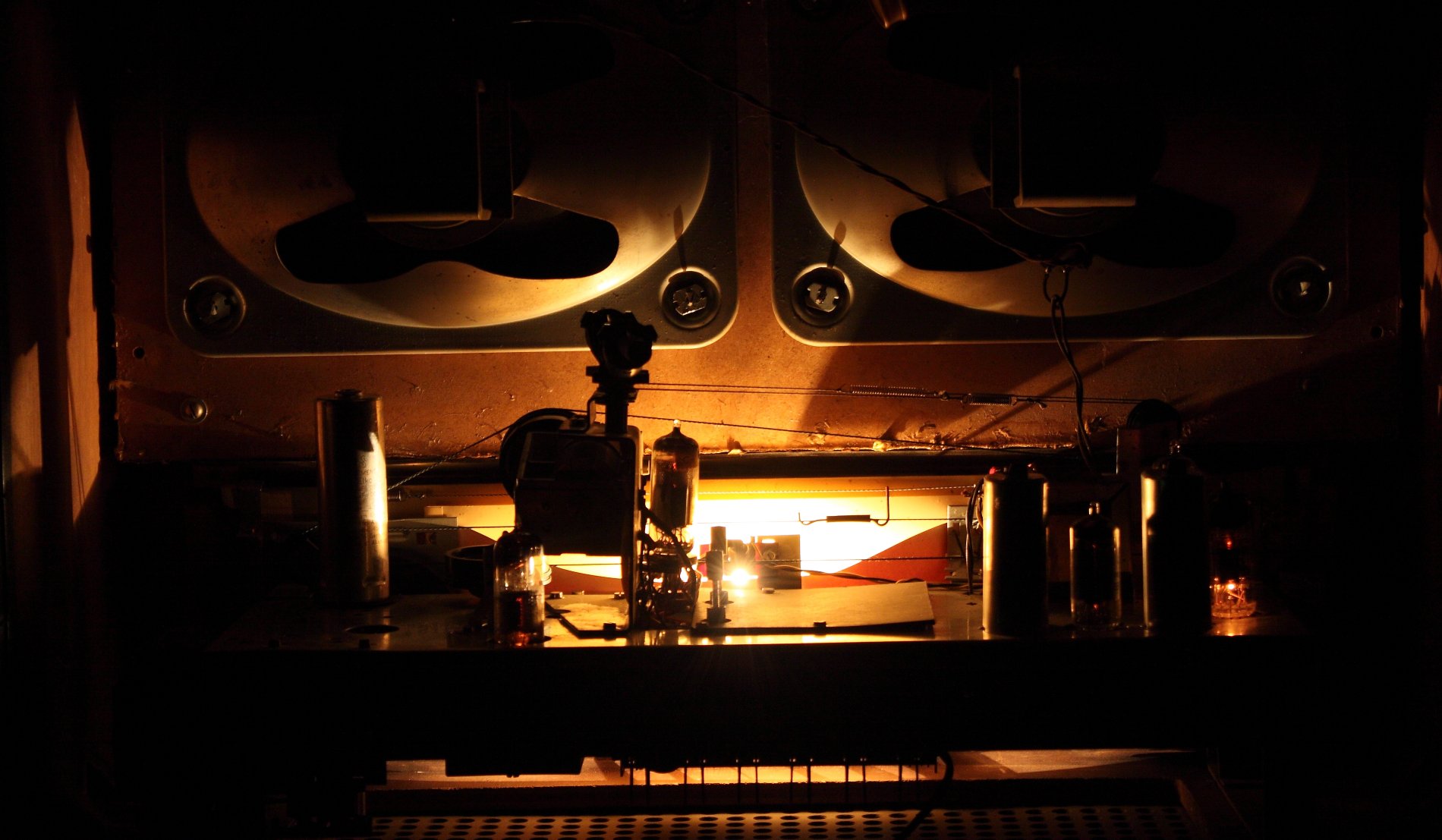