The Melodia M618 is the radio with the most modern design produced by Graetz in those years.
No radio in those years had a design somehow similar to this. It is of the end of Fifties that we are referring to.
This is the reason why I wanted to dedicate a page of my website to it.

Its design gave me the opportunity to take pictures of it with modern furniture. But it is when I put it among elements of colonial style that its impact became astonishing.
Warm colours, soft wood, natural sound that only tubes can give. It looked like radio and furniture were designed together.

Tuning is stable and sharp on every band.
This is an easy radio to find a place to, because of its reasonable measures.
All in all, a true little jewel. 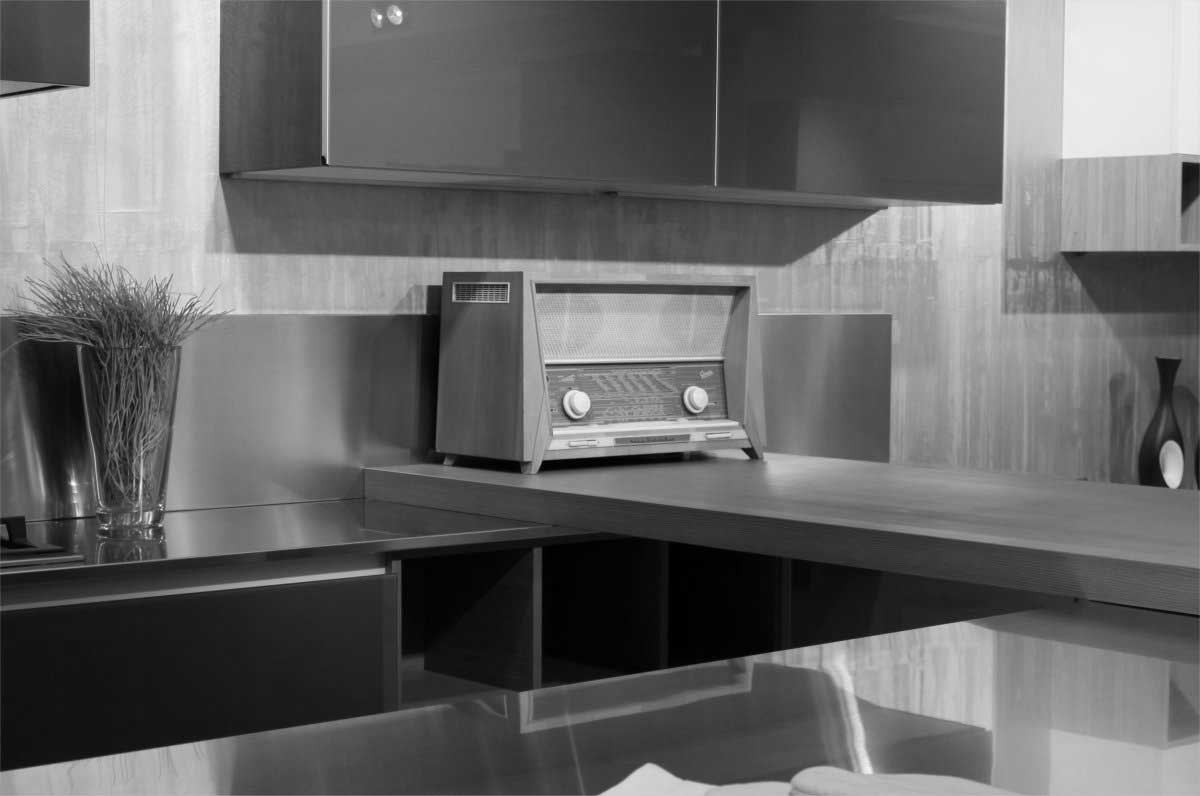 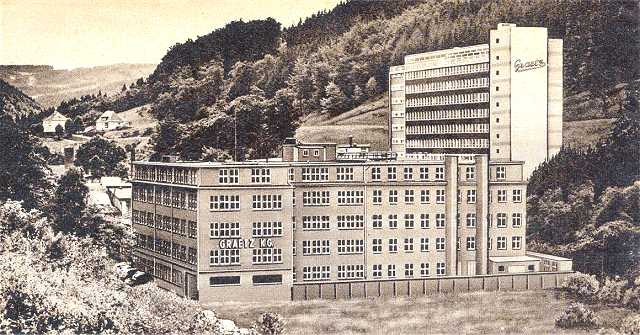 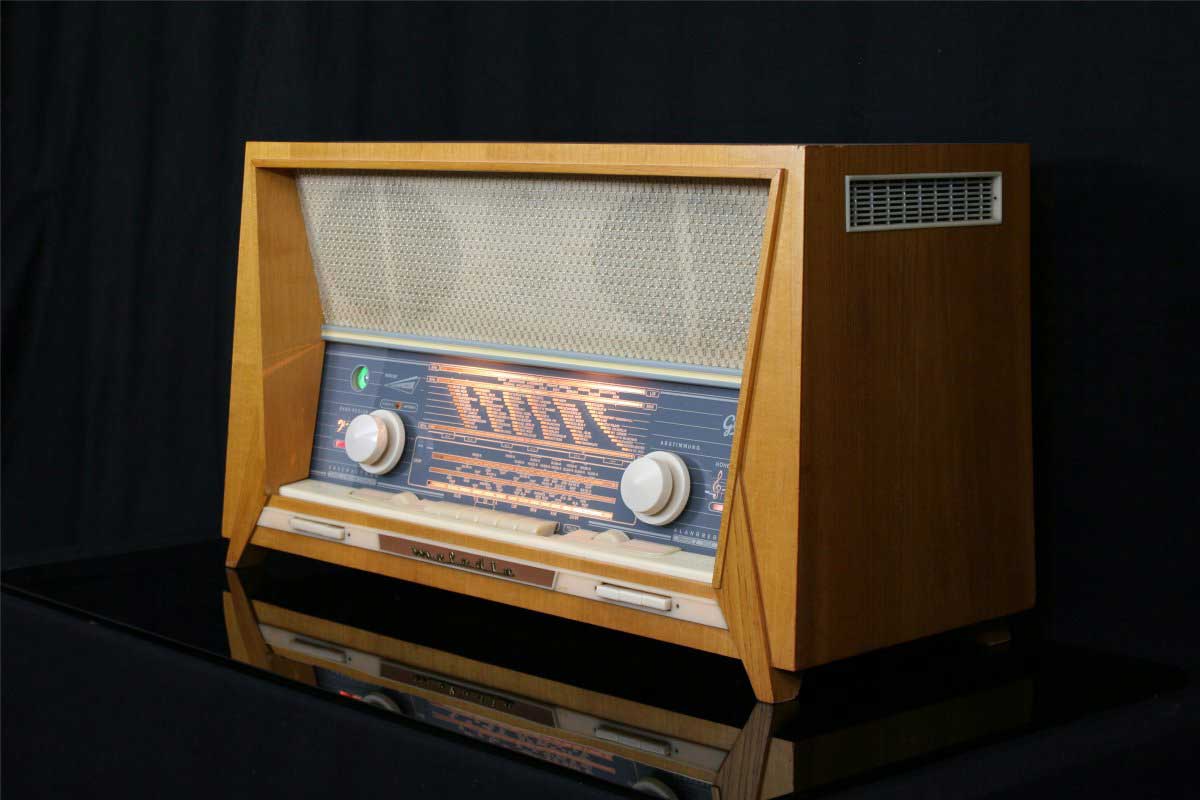 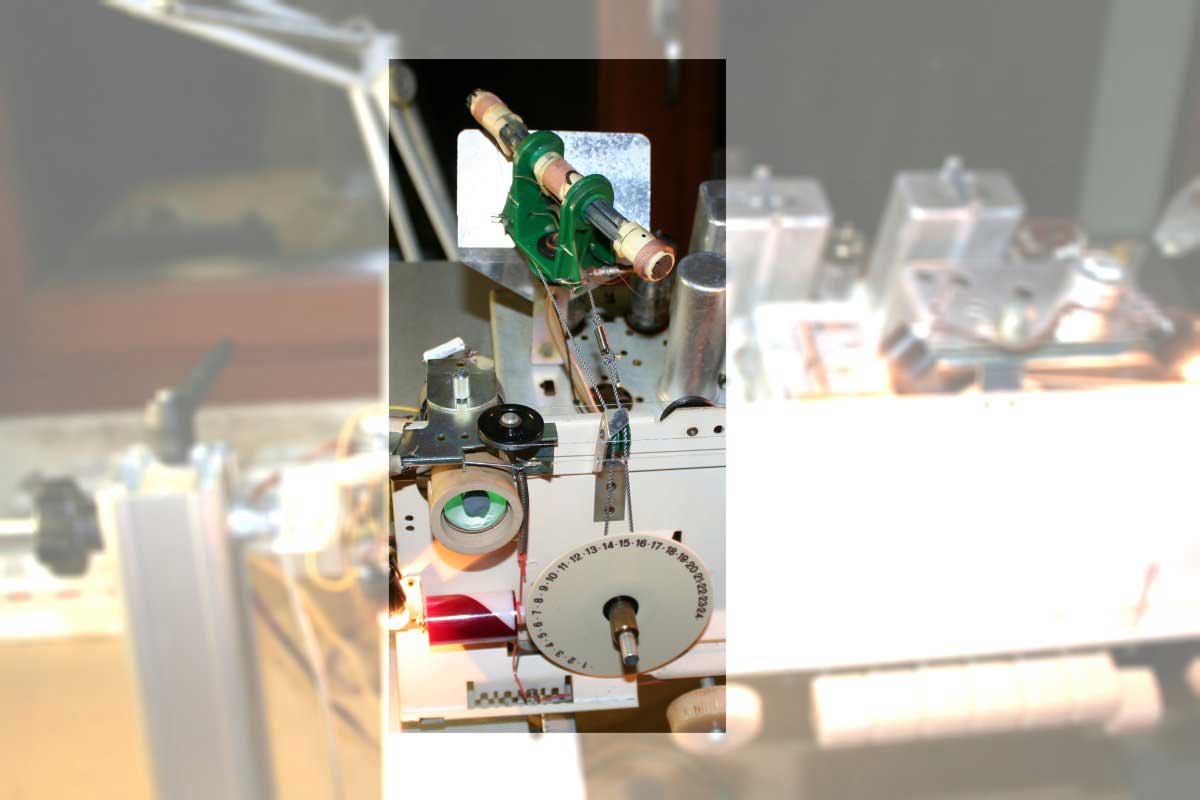 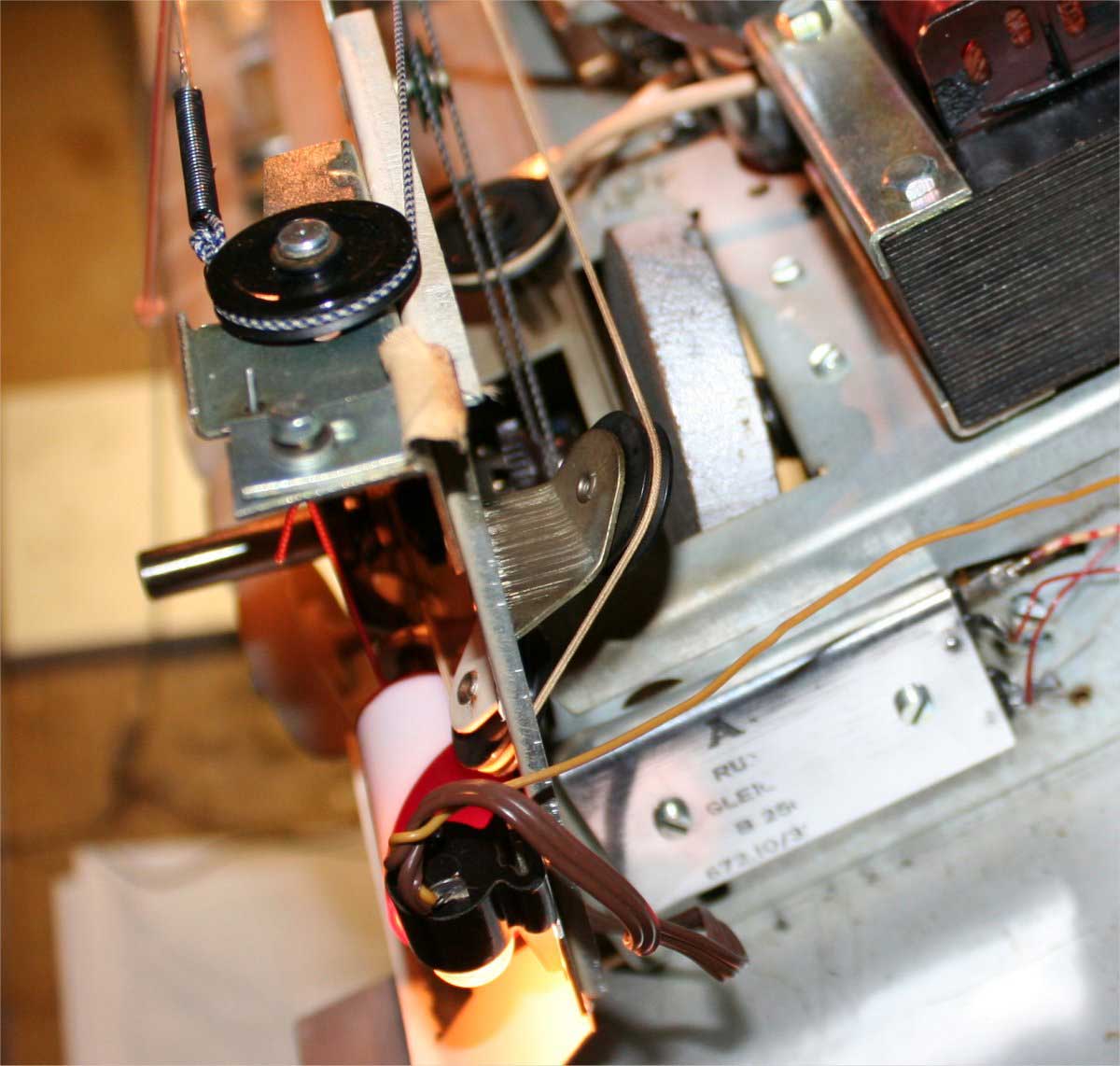 The tuning system is another gem.
The unit is equipped with mechanisms that keep AM and FM bands separate.
The tuning knob is single, but a selector switch commutes between cable systems (all steel made) and pulleys dedicated to each band.
The movement is transferred to both mechanisms with a system of pulleys and separated gears. 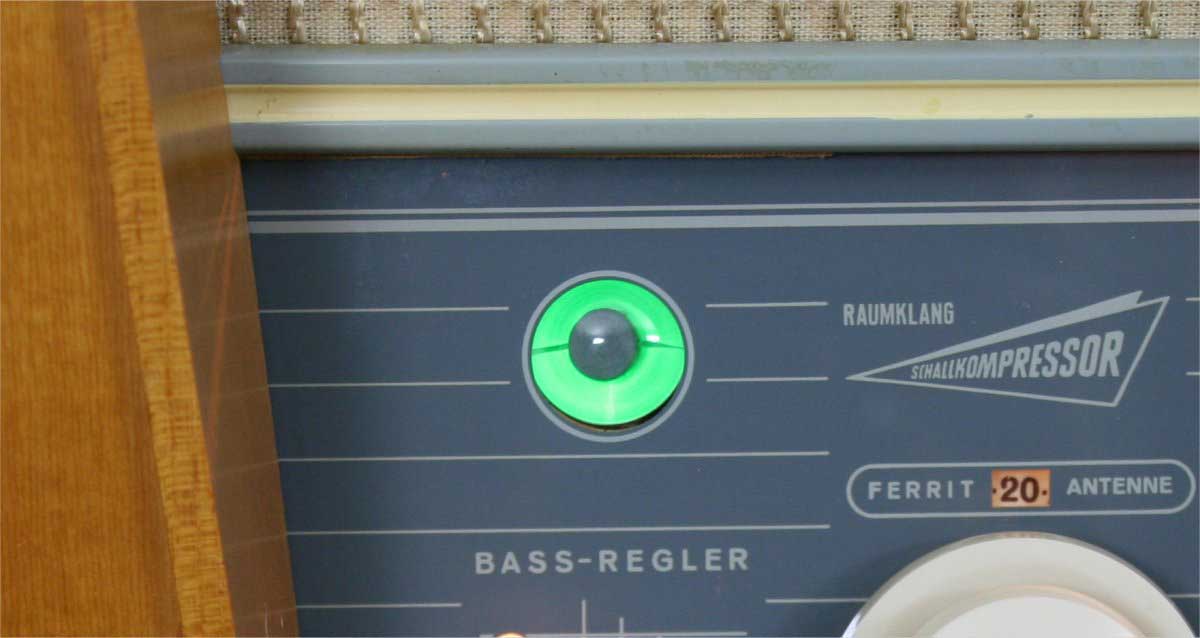 The loudspeakers group consists of 4 elements.
Two full range speakers in the front side reproduce the mid-bass frequencies. A cone tweeter for treble in front.
An Isophon horn tweeter oriented toward the back. The emissions are controlled by two waveguides that carry sounds on a output flute exit each side.
In this way Graetz is able to obtain emission of higher frequencies constant on all three sides of the unit.

The first objects you meet on the left is the magic eye indicating the perfect tuning of each station and below the bass tones indicator.
Then you can see the volume control knob (with incorporated loudness).
On the same axis there is the ferrite aerial orientation knob.
The Long, Medium, and Short Wave AM scale and the FM scale.
On the right the tuning knob and further the treble tone indicator.
Below we see the bass control, the Off, record player, recorder , Ferrite Aerial buttons and those for Long, Medium, Short and FM Wave bands,  and further the treble control knob. 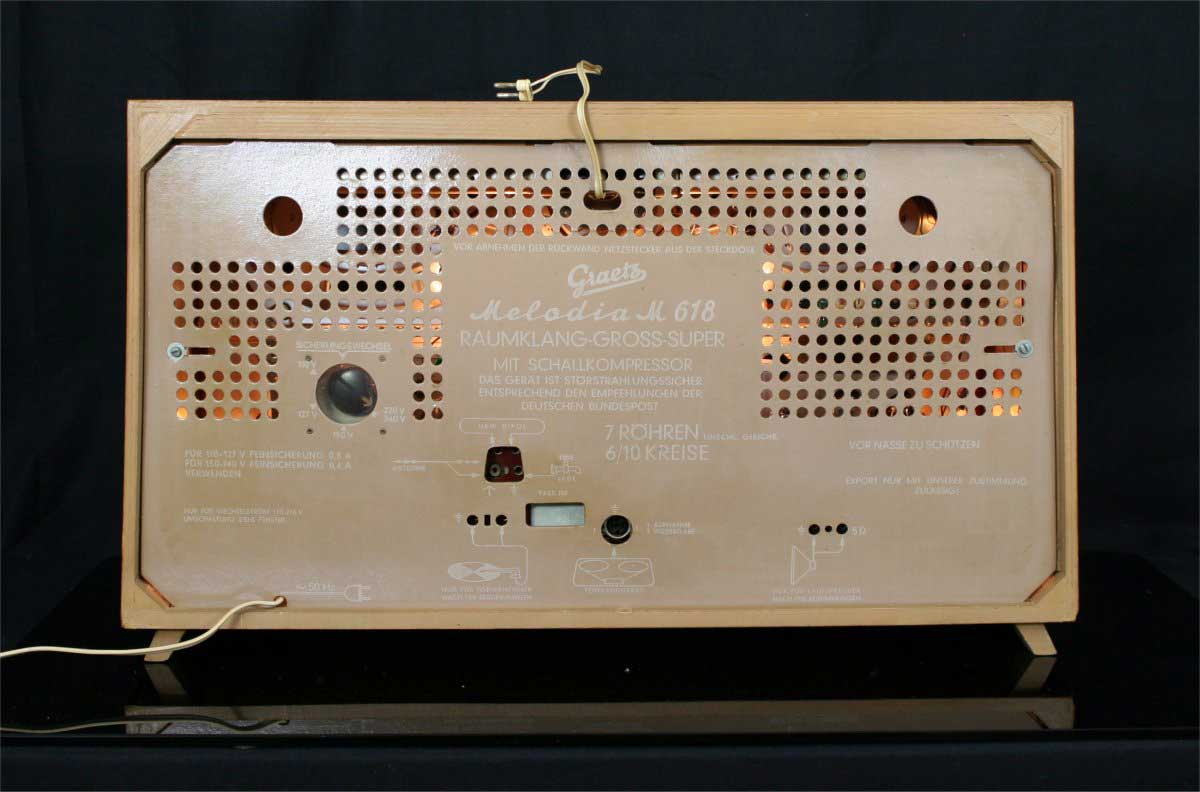 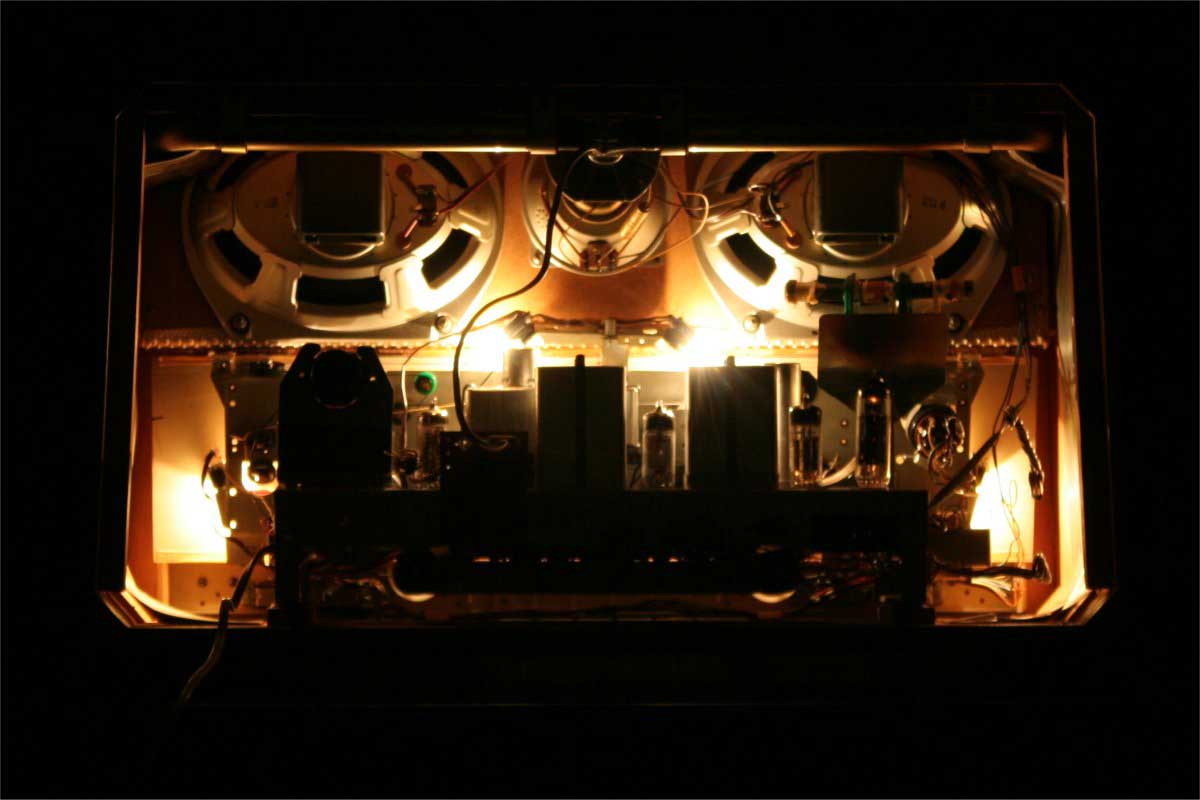