Of Italian origins, Frank Angelo D'Andrea, the creator of Radio FADA, was born in the Bronx, NY in 1888.
At the age of 16, he worked in partnership with his brother, after learning radiotechnics working at Frederick Pierce Co.
In 1923, FADA began to produce radios that are very successful with the public, but due to the poor management of the staff, most of them participate in numerous strikes and the best engineers of the company go away.
In 1932 production was now very low and the company was sold to a group of businessmen in Boston.
In 1934 the company failed.
D'andrea continued the production of radio devices with another brand.
At SIARE in Piacenza - Italy was allowed to produce in Italy, under license, some of the American production devices. The production was entrusted to the Neapolitan 'La Precisa', which dealt with mechanical productions. All components, with the exception of vacuum tubes, some capacitors and resistors, were built in the same factory. La Precisa was able to build everything.
Today many of the radios produced by Fada over the years are very requested by radio collectors thanks to their beautiful design and the use of fine materials. 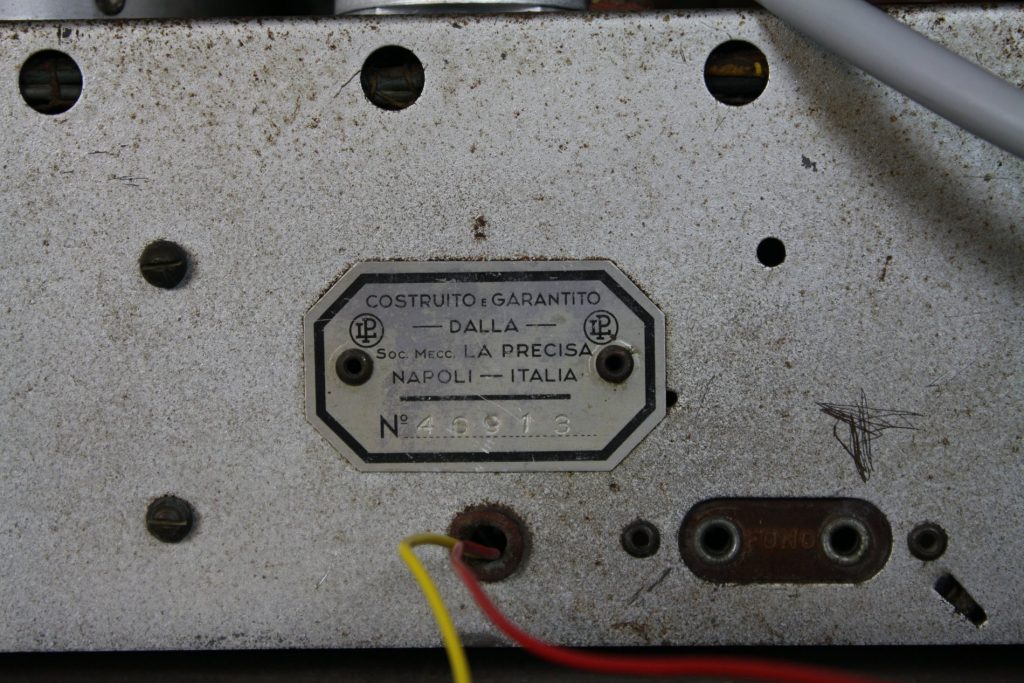 Like all the devices produced before the '50s, this Fada 572 is not equipped with FM, so it would be practically useless in Italy.
In the Short and Medium Waves the sensitivity is not such as to allow a quality listening.
But the owner wanted to be able to use it daily, so it was also equipped with a Bluetooth receiver. Totally reversible modification without leaving any trace of course, but that makes this appliance completely usable.
And the sound that comes out is also of excellent quality, with the phisical limits of course, but it is nevertheless unexpected.
This device has never sounded like this. Be sure.

The device was in really pitiful condition, the piece of furniture was completely rotten and destroyed by woodworms. The veneer was destroyed or missing. The broken or missing metal parts. The electronic part completely was redone, and finally, the speaker totally blocked.
But the device deserved all our care.
So, after viewing the main features, let's start the story from the beginning. 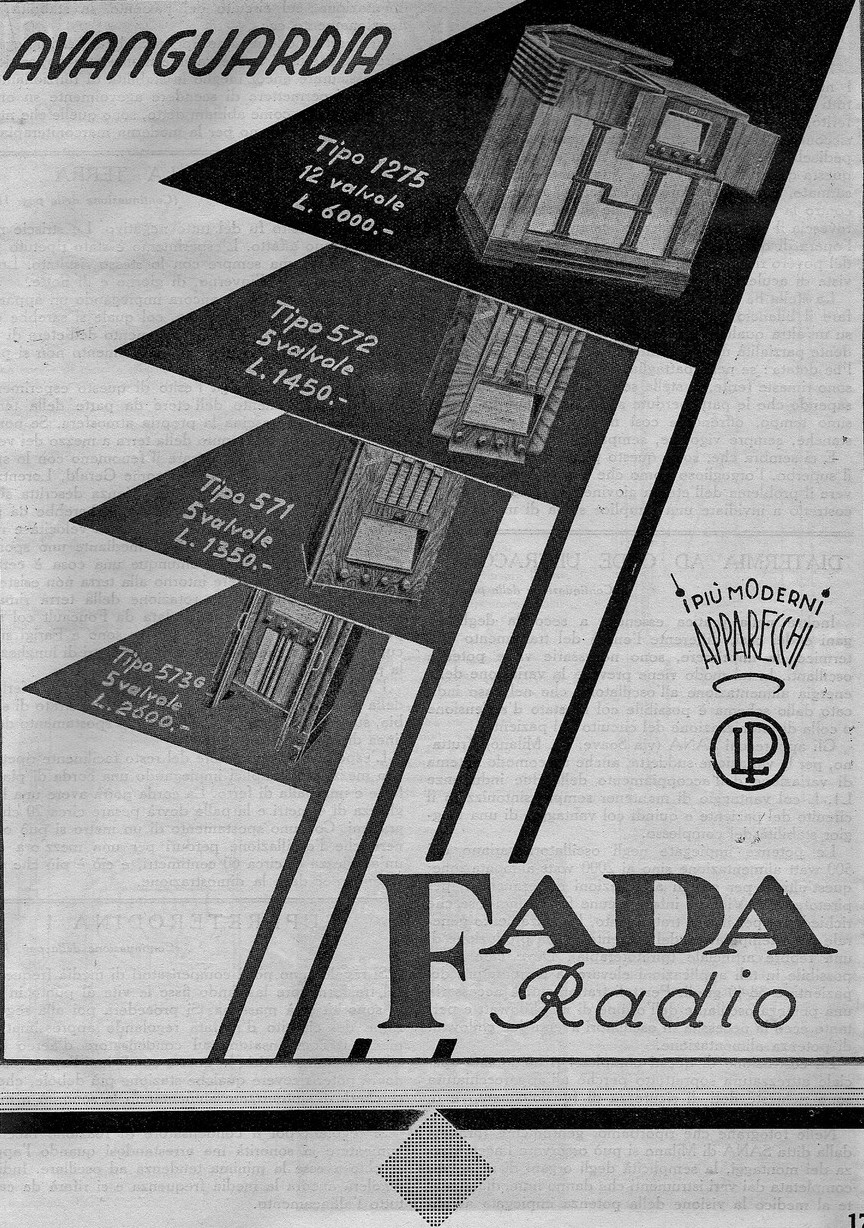 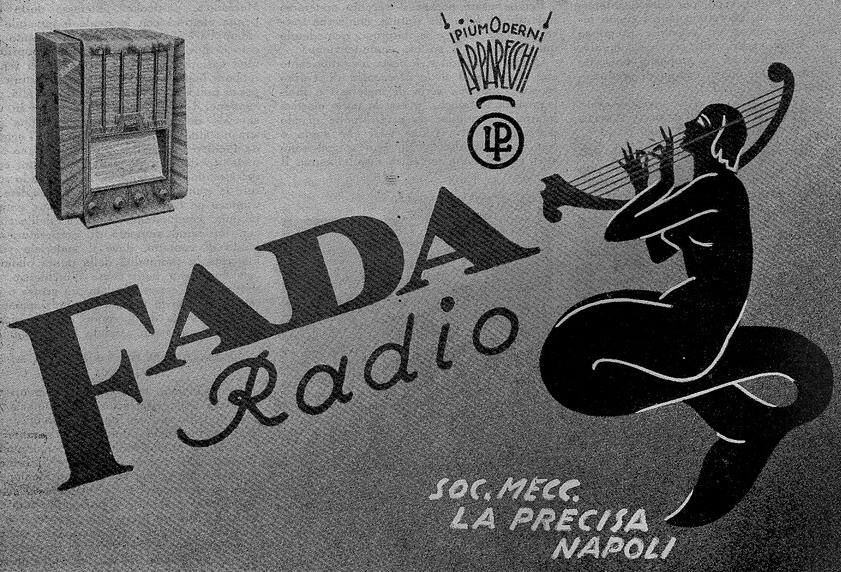 Year of production: 1955
Superheterodyne IF 470
8 AM Circuits 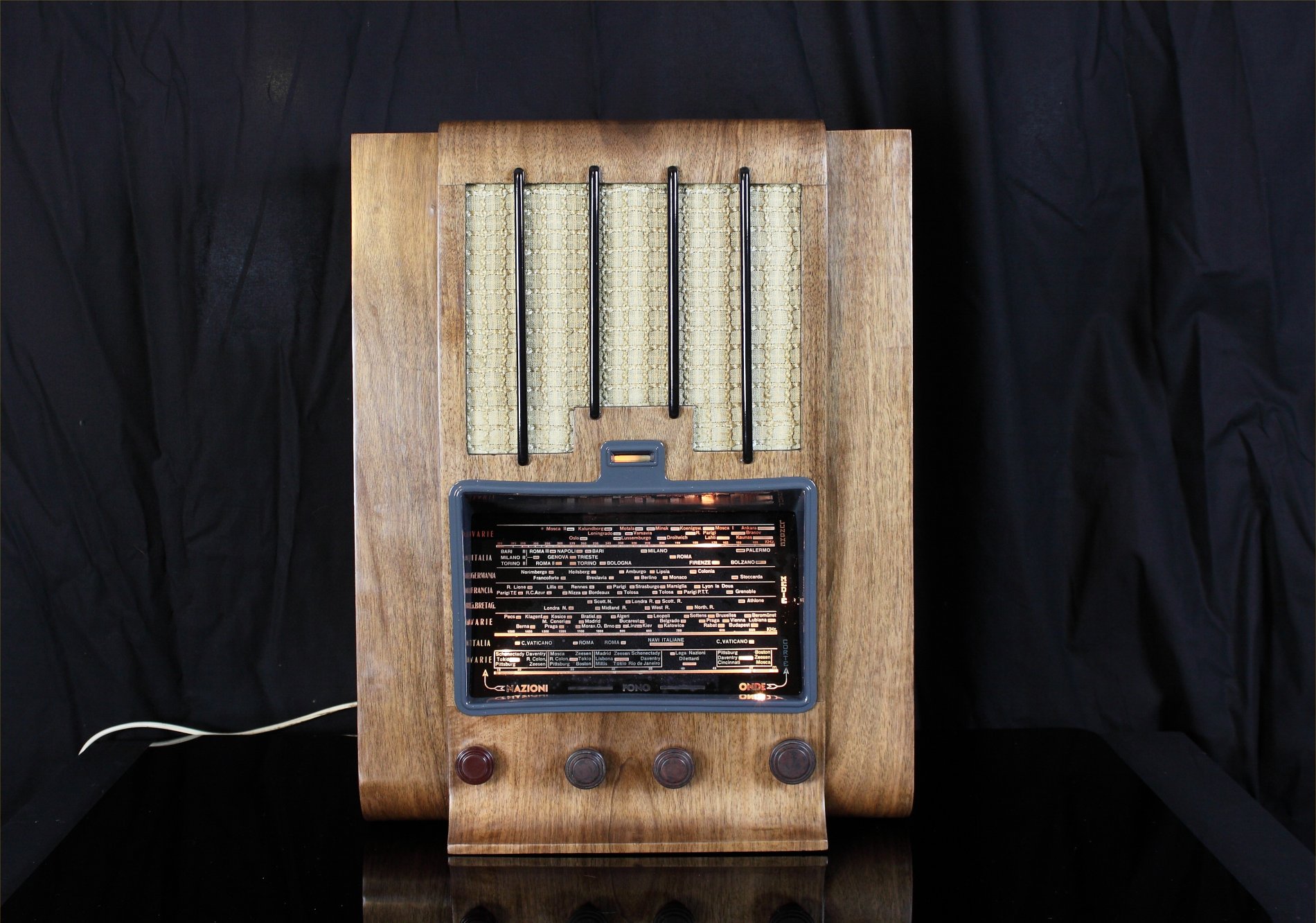 THE CABINET BEFORE THE RESTORATION

As I wrote earlier, the furniture had suffered a lot. It had certainly been kept in damp and poorly ventilated areas for many years.
The veneer was detached or missing.
The curved plinth at the base of the radio had been lost. This hoof is very important, a good part of the beauty of this device is given by the curvature and sinuosity of this hoof.
The whole piece of furniture was rotten or destroyed by woodworms.
The first sensation, just a close look at the real conditions of the furniture was: Here is a job that will put a strain on us!

The first part of the restoration, the detachment of the veneer, was carried out as quickly as possible. There was a danger that woodworms could move on to the wood stored in the woodworking shop.
A good cure for woodworms and a rest of more than three weeks in a bag has definitively excluded any danger.
The galleries excavated by the worms were subsequently filled, to recreate the solidity and compactness of the wood.
All internal reinforcements and battens have instead been redone. This allowed getting back the original structural solidity.
The hoof was redone with a healthy plant, starting with a reconstruction of the measurements taken from some photos.
The veneer work was very delicate, from that depending on the final appearance of the appliance. The design of the wood has been carefully chosen to respect that of the original veneer.
And finally, the final result, before the waxing done by hand.

THE RESTORATION OF ELECTRONICS

Even electronic restoration has been extremely challenging. All the vacuum tubes were exhausted, even those of medium frequency.
The cables were almost all to be replaced, the insulation was non-existent and the conductors were completely oxidized.
The variable capacitor was seized. Because of this, the tuning commands were broken.
No lightbulbs and no lamp-holders would help. Medium frequencies were interrupted, the others were torn.
Not really a breeze.

The name of the band is printed next to the scale of each band (Long Waves, Medium, Short).
This writing lights up when each band is selected.
The effect is beautiful. The bulbs are inserted in separate compartments so the demarcation between the illuminated band and the dark ones is clear. 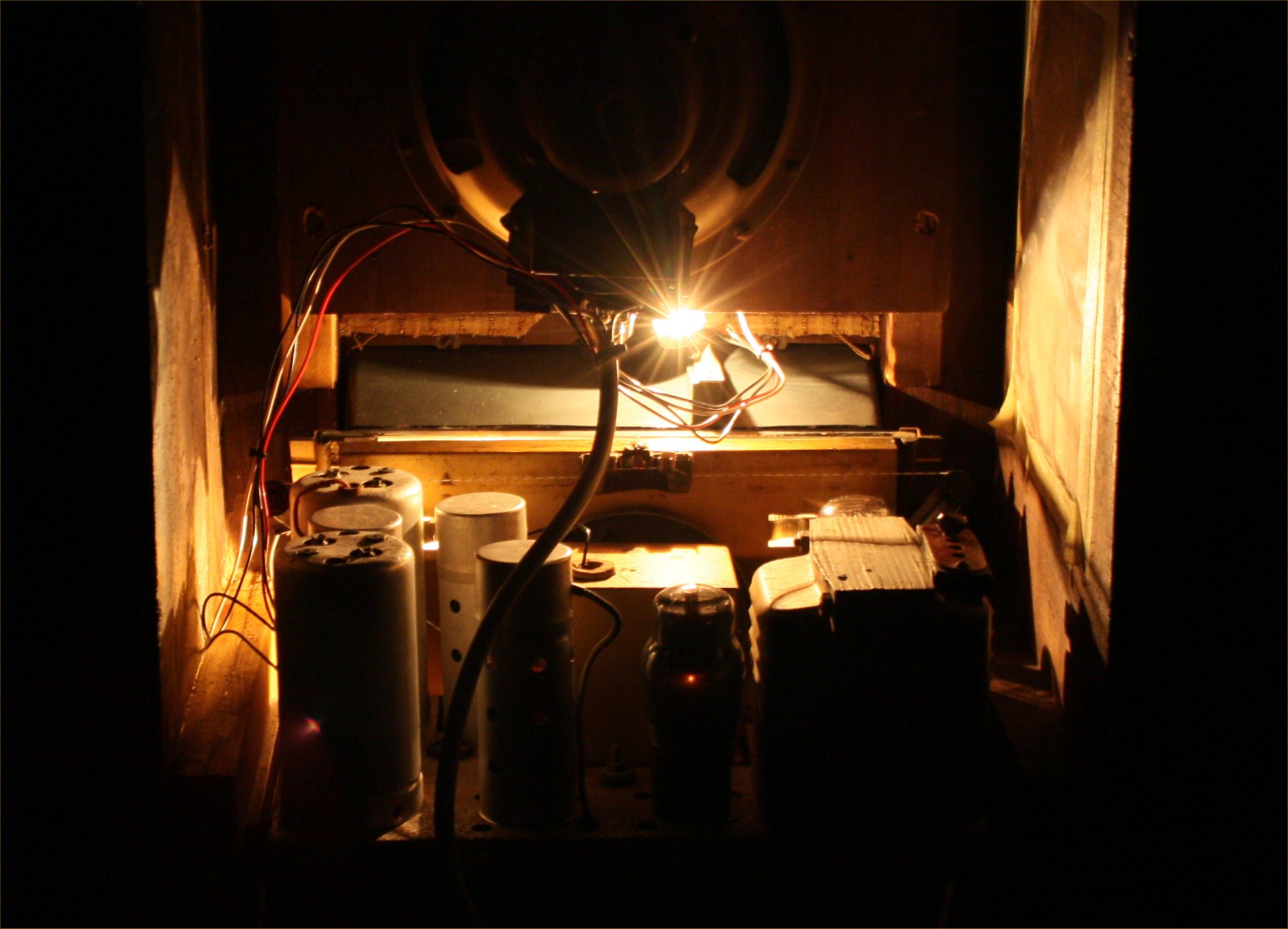