The  GBC HALIFAX FV-81 was designed, produced and commercialised by GBC as its flagship model.
It was advertised as a “High-performance, High-Fidelity stereo system”.
Very curious is the definition of the “drop-down” furniture piece, which is basically a fold-out cabinet.
Also interesting is the possibility to mount the cabinet to a wall.
For this purpose, reinforced rear screws have been applied.

Both amplifiers consist of a triode-pentode ECL86, the ultimate evolution of the  ECLxx tube range.
The triode is used as a preamplifier and the pentode as a power amplifier. The declared power is of 3W per channel.
It may seem little, but it is not. The IREL loudspeakers, produced in Italy, are very efficient. The boost given by the cabinet further increase the overall effect.

This cabinet effectively sonorises a medium-sized room.
It is not recommended to use a passive subwoofer because of the softening that would be introduced by its crossover filter.
This device is suitable for the listening of Jazz, instrumental, new age and ethnic music, in general.
Metal and other musical genres characterised by strong dynamics are a little too softened by  ECL86.

The turntable will be described later.

This device is naturally provided with Bluetooth. The best and practically unavoidable way to use it.
Using any device, smartphone, Ipad etc. it is possible to listen to any radio station in the world, any compilation, podcast, CD and so on.
The sound, of course, is that of the tubes. 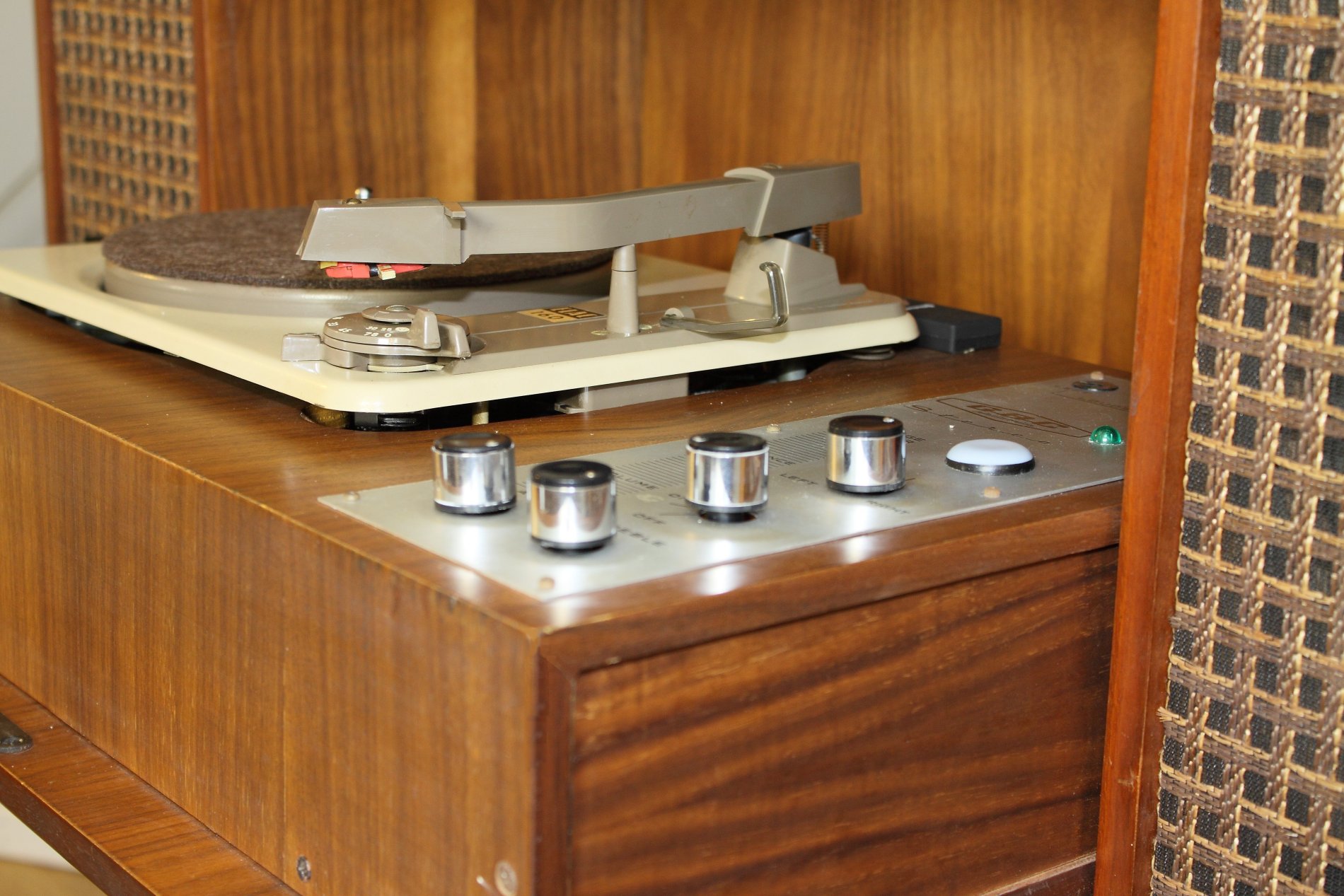 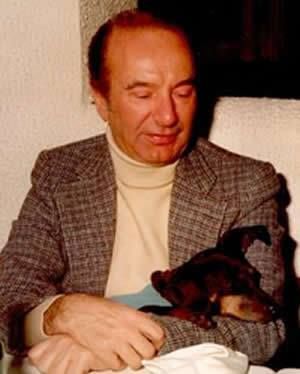 GBC is the acronym for Gian Bruto Castelfranchi, who founded the company in 1958 in order to commercialize instrument accessories and related material.
It is his son Jacopo, however, who made GBC the biggest company in Italy for the commercialisation of electronic materials and devices.
Jacopo joins his father's company in 1946, starting to increase the number of represented products and expanding in the field of electronic components, tubes, passive components and various equipment such as tape recorders and turntables.

The company expands and diversifies and in 1957 the Selezione di Tecnica Radio TV periodical is born, for which is created the J.C.E., Jacopo Castelfranchi Editore.
Not to be confused with the Selezione Radio magazine, published from 1951.

In 1962 the head office is transferred to Cinisello Balsamo owing to a shortage of space.

In 1970, the magazine changes its name to Sperimentare Selezione di Tecnica Radio TV.
In 1970 it becomes a Sony distributor for Italy and it later creates a joint venture with it.
The sales points in Italy reach maximum expansion with over 150 shops.

GBC also designs and creates its own high-fidelity stereo systems and televisions.
In these years, GBC also commercialises assembly kits branded “High kit” and “Amtron”.
In the next few years, it also becomes an importer for Bang&Olufsen, Sinclair and Goldstar. 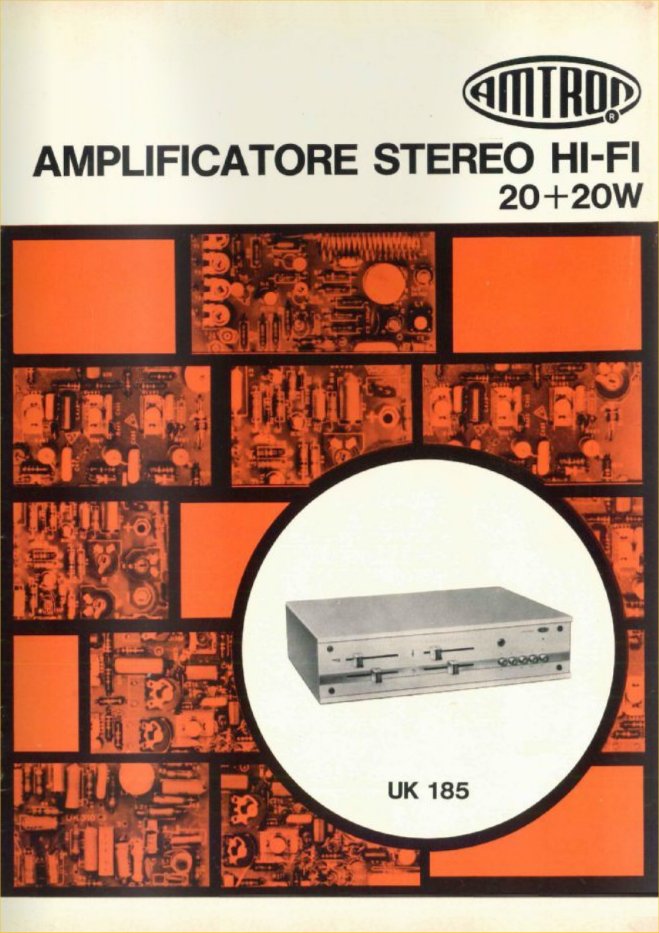 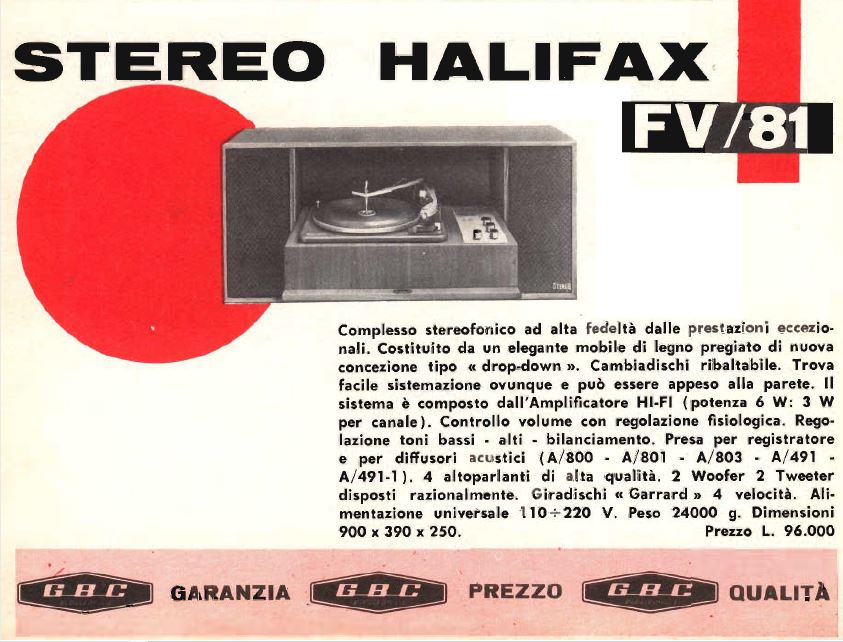 The turntable is a semi-automatic ELAC KST106 with stereophonic piezoelectric cartridge.
The turntable is rather quiet for the time. It is very simple to use.
It can play 16-33-45-78 r.p.m. records either manually or automatically. It is also provided with Multi-LP Capable Turntables.
Moreover, it can be placed automatically on records with a 30-25-17 diameter.
The ELAC needle has got two positions 33-78 r.p.m. with two different needle diameters.
The frequency response is linear on the whole audio band.
The turntable/head complex was really good for the time.
Nevertheless, the weight of the piezoelectric cartridges is between 5 and 8 grams. This forced the builders to apply an antiskating of the same strength in grams.
The couple wight/antiskating so big damages vinyl records over time. This is why I advise against using it with rare or precious LPs. 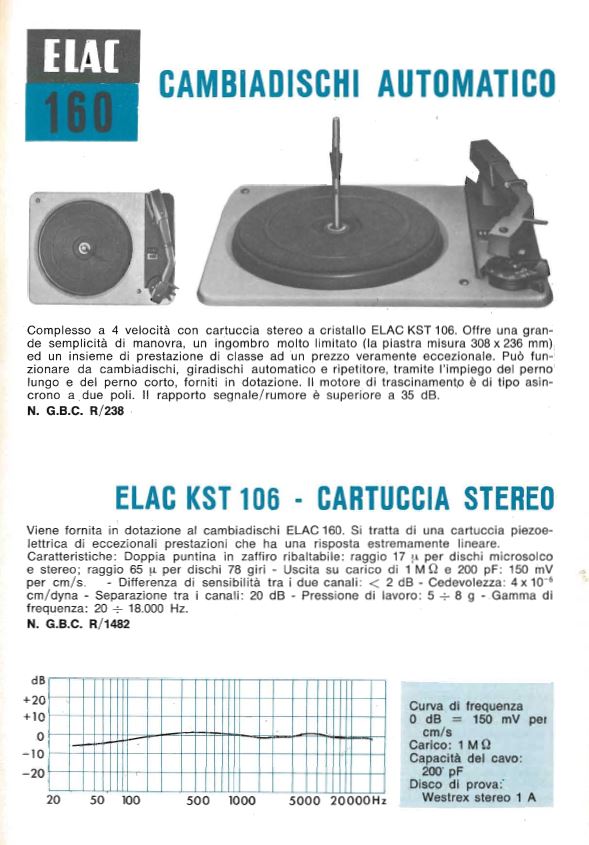 There are four loudspeakers, two for each loudspeaker box.
The 10 cm diameter conical tweeter in cellulose is close on the rear. This kind of structure makes it completely independent from pressure variations generated by the woofer. This ensures a clean and distortion-free reproduction.
The 6 dB/oct filter is essentially composed of a good-quality condenser.

The woofer frequency cut, instead, is entrusted only to its mechanical features.
Above a given frequency, likely around  5-6000 Hz, the softening with which high notes are reproduced is such as to work as a natural filter.
This peculiar way of building filters, very common at that time, not only was economical, but practically generated a single-driver loudspeaker reproduction, with the great advantage of  focusing on the audible image.

Starting from the bottom we find the tone controls: Bass and Treble
Above there is the power and volume control
Still above we find the balance control between the left and right channels.
Further up we find the input for external device, Recorder, CD player etc.
On the same line we find the outputs for external speakers. 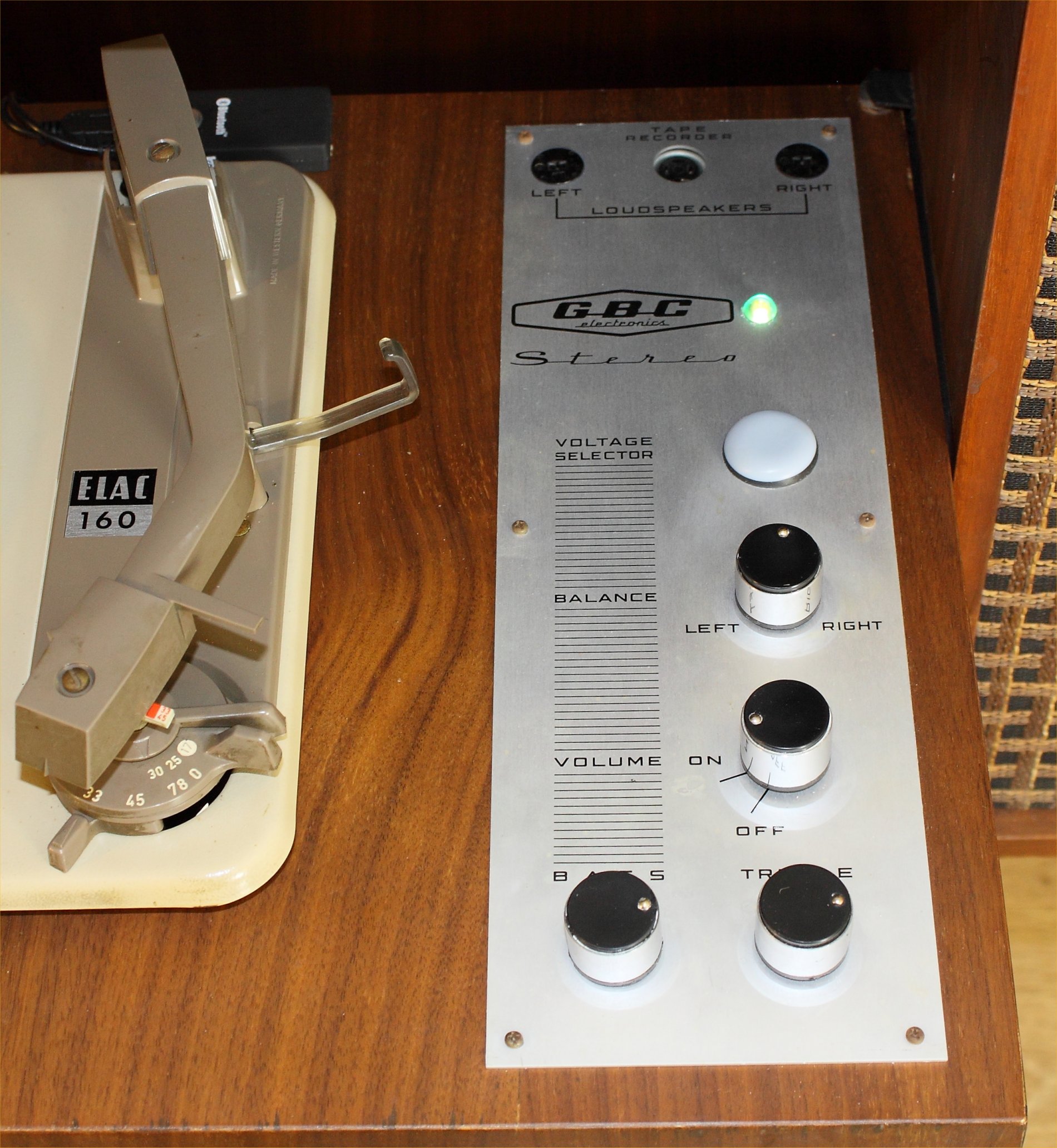 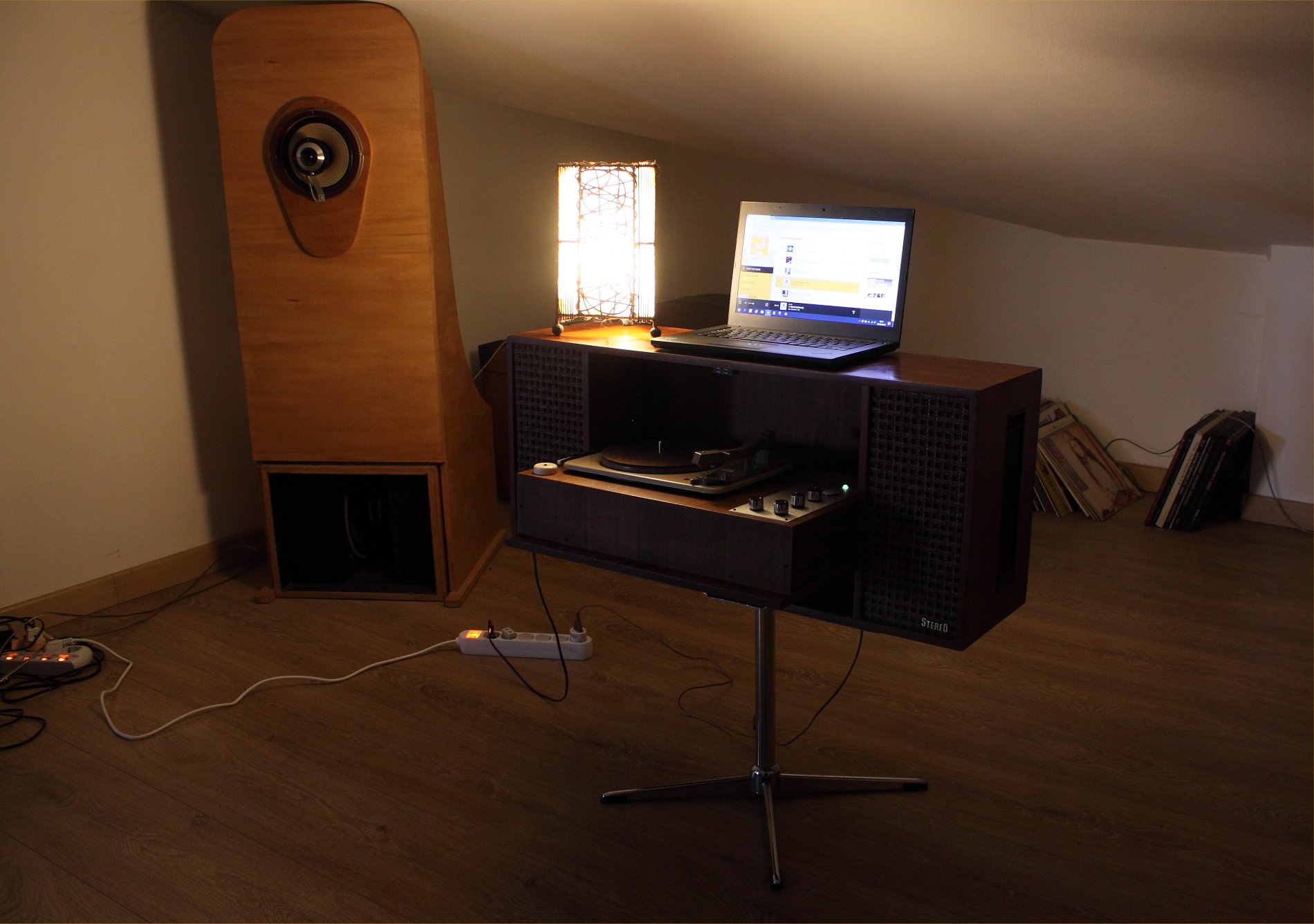